New Brunswick Battle of the Blues

– a great night out for live music lovers at the True Blues Club, Newton-le-Willows 13 January – all welcome!

Local blues artist Tom Attah has been chosen as one of six blues acts from across the region to compete in the North West heat of New Brunswick Battle of the Blues. A fantastic night is in store for blues fans at Newton-le-Willows’ True Blues Club on 13 January as the acts go head to head in a heat to find Britain’s best unsigned and original Blues artists.   The UK-wide talent search New Brunswick Battle of the Blues has reached its heat stage and the competing acts chosen for the North West heat can so far be revealed as being; 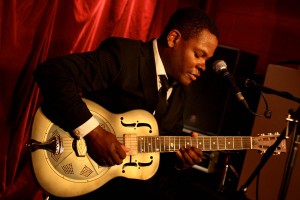 This search for the best of British blues has come about because the Canadian Province of New Brunswick is looking to the UK to provide new performers for its world-renowned Harvest Jazz and Blues Festival in Fredericton, celebrating its 21st Anniversary in 2012.  Says competition organiser, Lee George; “This is a real opportunity for artists and fans alike. There will be 6 brilliant acts battling it out for a place in the London final.  We want as many blues fans as possible to come along to the heat and share what promises to be a night to remember.”

The winner of each heat – plus one overall runner up chosen by the public – will perform at the final in London in March, with the winner getting an all expenses- paid trip to the maritime province of New Brunswick to play on one of the main stages at the Harvest Jazz & Blues Festival in Fredericton in September.

Lee again, “This is the second year we’ve run this competition and last year’s winners, 24 Pesos, had the time of their life.  New Brunswick is an incredibly beautiful part of Canada and we will show the winning act some of the world’s best whale watching, sea kayaking, breath-taking scenery and – very important – real New Brunswick hospitality.  Travelling to the Harvest Jazz & Blues Festival could be a life-changing opportunity to perform amongst the very best and to sample ‘the jewel of Atlantic Canada’ and all that the Province has to offer.”

The North West heat will be at The True Blues Club in Newton-le-Willows.on 13 January.  The show starts at 8.30pm and tickets cost just £5. Doors will open at 7.15pm. For more information about the event and the province of New Brunswick, visit www.tourismnewbrunswick.co.uk or www.truebluesclub.com

New Brunswick is one of Canada’s 3 maritime provinces and is known as the ‘Jewel of Atlantic Canada’.  Only 6 hours flying time from the UK, the province is rich in history, wildlife, culture and natural beauty and music is an integral part of its psyche. Visit www.tourismnewbrunswick.co.uk for more information.

The Harvest Jazz & Blues Festival is an annual music festival held in Fredericton, the capital of New Brunswick.  It has an international following and features blues, jazz and world music, taking over the city for 5 days in mid- September it’s one of Canada’s premier music festivals. Past artists include such luminaries as Buddy Guy.  For more information, visit: www.harvestjazzandblues.com