SLIGHTLY Foxed Brewery have now finalised the details for the fundraising Floodstock concert of blues music early next month – and even brewed a beer specially for it. 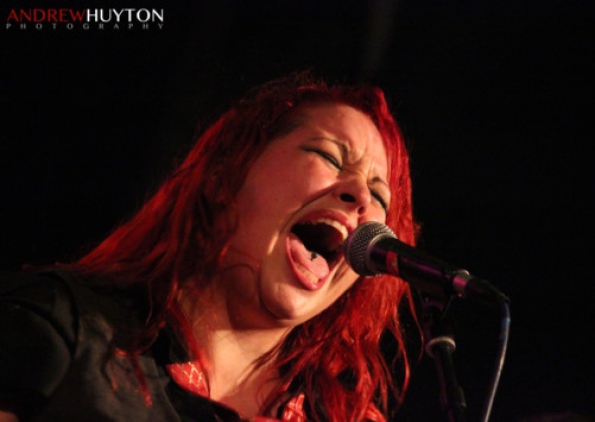 The brewery have been working on the line-up for several weeks and have harnessed up and coming blues talent from across the country, including some local representation from Calder Valley outfit Hooson, fronted by the great voice of Jenna Hooson.

It will be held at Mytholmroyd Community Centre on September 1 in aid of Calder Valley Flood victims and tickets are pegged at just £9 for what is an appetising bill of top blues talent.

Jenna Hooson was nominated as best female vocalist at this year’s British Blues Awards and with Hooson joined on the bill by Rabbitfoot, the Paddy Maguire Band, TJ Norton performing his new solo set and Tom Attah, there will be much to savour.

All of the musicians are performing free of charge and one of the acts performing is coming all the way from Brighton. Having played at the recent hugely successful Hebden Bridge Blues Festival they were all too happy to come back and support the area, said Matt Bell, co-owner of Slightly Foxed Brewery.

“Mytholmroyd was selected as the venue, as it was one of the badly affected areas, and is well placed for everyone in the Upper Valley to attend. The musicians booked for the evening are truly first class, and include some of the biggest names in British Blues,” he said.

Slightly Foxed Brewery is producing a special beer called Slightly Flooded, with all profits from the beer sales as well as that from ticket sales going into the flood victims fund.

The event is ticket-only and they are available from Mytholmroyd Community Centre and Flying Saucers, New Road, Hebden Bridge (near the marina), or by emailing andrew@slightlyfoxedbrewery.co.uk

The doors will open at 4.30pm and more details can be found by logging on to www.slightlyfoxedbrewery.co.uk/floodstock